Sir Pherozeshah Mehta Garden is popularly known as Hanging garden. I think the word hanging signifies its geographical characteristic of being located atop the Malabar Hill. It almost feels like you are walking in an elevated park and all the surrounding towers seem to be at par with you. This is an extremely well kept garden. There are numerous hedges at corners in shapes of animals and lots of walking tracks. There are speakers placed intermittently along the tracks, which soothe your mind while you are working hard to burn your calories.

This garden is known to be constructed in 1881 over a main reservoir. The primary purpose of which was to secure the water from the nearby Tower of Silence’s activities. (information courtesty: Wikipedia) 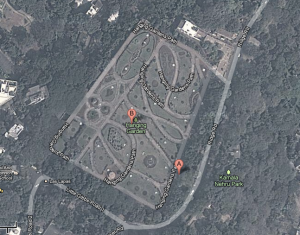 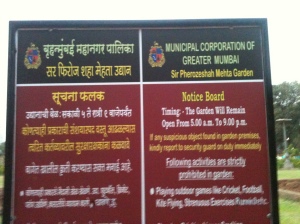 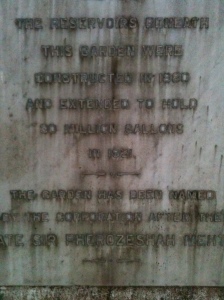 This stone placard reads this “The reservoirs beneath this garden were constructed in 1880 and extended to hold 90 million gallons in 1921. The garden has named by the Corporation after the Late Sir Pherozeshah Mehta.” 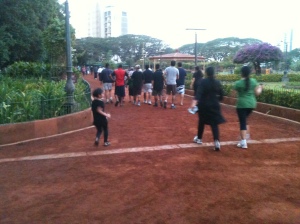 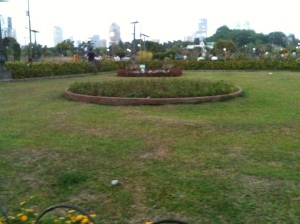 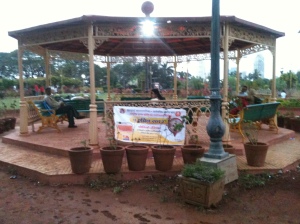 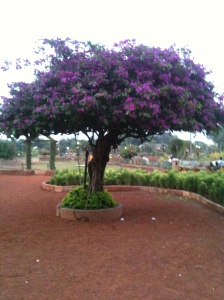 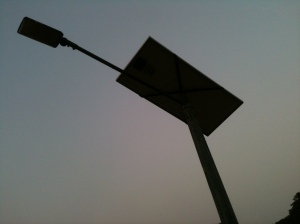 Many of the street lamps are solar powered. 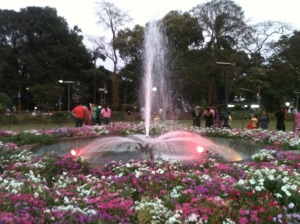 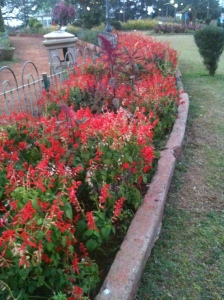 It was getting dark so I couldn’t figure the time using the sun dial. 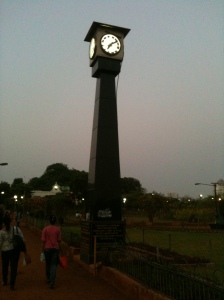 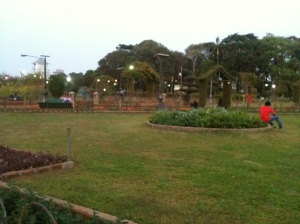 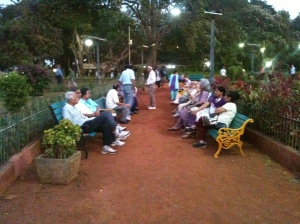 There is also a 2nd Innings pavilion specially meant for senior citizens. The park is usually crowded  on the weekends. You can see an army of kids buzzing all around the park with their frisbees, balls and bats. While their mothers and fathers stretch themselves on the blankets. Overall it is a must-go garden.