This is probably the best maintained garden in Mumbai. It is situated in one of the most affluent neighborhoods in the city. This area including the adjacent Tata gardens were originally a construction dumpyard. Cranes, trucks and bulldozers were abandoned in these places. This entire garden is commonly known as the Amarsons garden, though the childrens’ park is named as Harish Mahindra Childrens’ Park. They have an entry fee of 10 Rs. and is very neatly kept.

There are these life sized animal dummies which get the kids very excited. 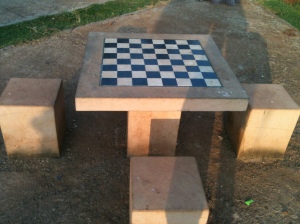 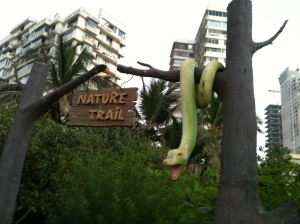 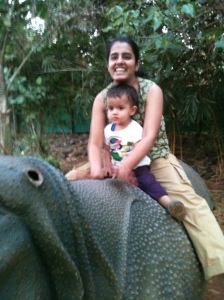 Excited mother and baby on the Rhino dummy.

I just can’t get enough of the setting sun. 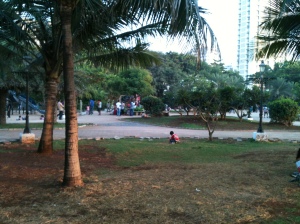 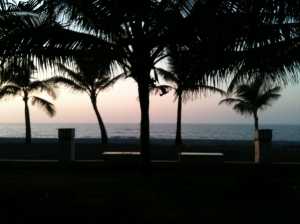 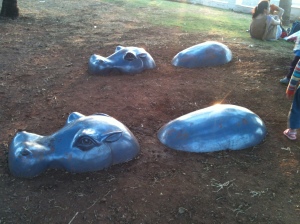 This place is worth visiting frequently. There is a library at the exit where in case you live the the area, you can take the membership. There are lots of eateries on your way out which can captivate anyone. After a long walk or a jog at the park its a leeway that anyone would be willing to indulge in.