Veermata Jijabai Bhonsle Udyan was formerly known as Victoria Gardens. The entire garden is spread out on approximately 42 hectares. This whole property was owned by the wealthy Jewish businessman called David Sasoon. He later donated it to the Municipal Corporation of Bombay. The garden was laid out in 1861 and possesses one of the richest flora, some of the trees are known to be very old and endangered. It also houses the Bhau Daji Lad Museum and the Mumbai Zoo. Information courtesy: Wikipedia

Jijamata and her son Shivaji’s statue at the garden

The clock tower at the entrance

Victoria and Albert Museum was also built by David Sasoon which was renamed as Bhau Daji Lad Museum in 1975. The construction of this Victorian style building was started in 1862 and was completed in 1871. It underwent renovation from 2003 to 2007. It contains a large number of archaeological artifacts. At the entrance of the Museum lies a stone elephant which was picked up from the Elephanta caves and sent to Britian in 1864, then later brought back. Imagine the haul it must have taken! There are clay models, old maps of Mumbai, silver and copper wares, ancient jewelleries, etc. It also has won the UNESCO Award for Excellence in 2005.

This is the Baobab tree. It is a native of the island of Madgascar. It looks weird with huge trunks that stores water and slender branches. This garden is a botanical treasure.

This zoo is one of the oldest in the country. Animals activists have often complained about the sorry state of the animals and the utter carelessness of the zoo officials. The animals in captivity have known to be dead because of lack of hygiene and adequate care. There are only few animals in the zoo and they don’t look happy. It has taken me six visits to finally see the one-horned Rhino rising from its tank. The single Rhino was sulking along the fence and avoiding the limelight, definitely not people friendly. Don’t know if you can blame the zoo officials for this. I haven’t yet seen the Lion, who is known to be there but have to see it to believe it. There are plenty of monkeys and deers. 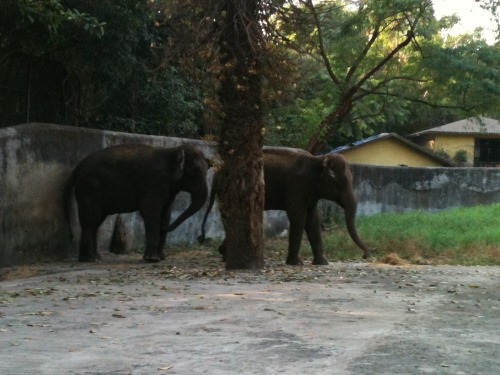 The big blobs of black are actually Bats 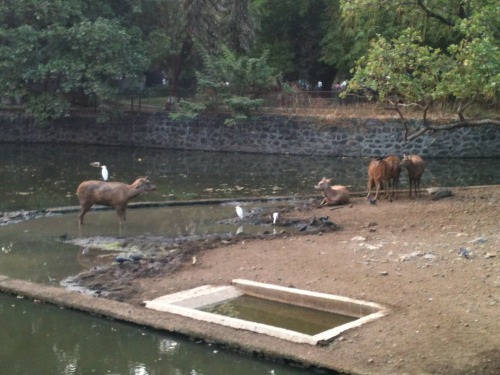 Hopeful to see the crocodile which isn’t there

The number of empty cages are much more than occupied ones. These cages seem to wither away under the vast canopy of the trees. 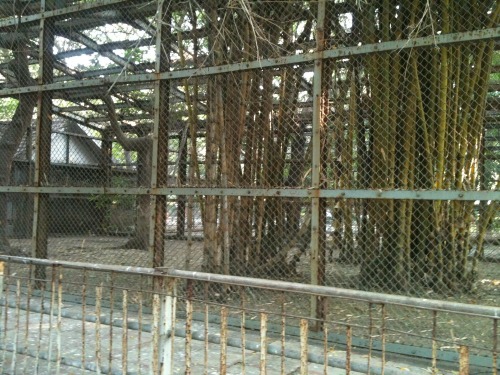 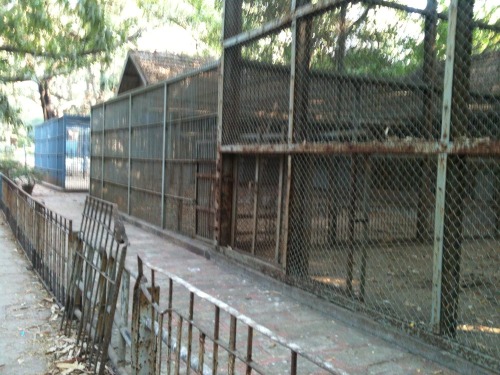 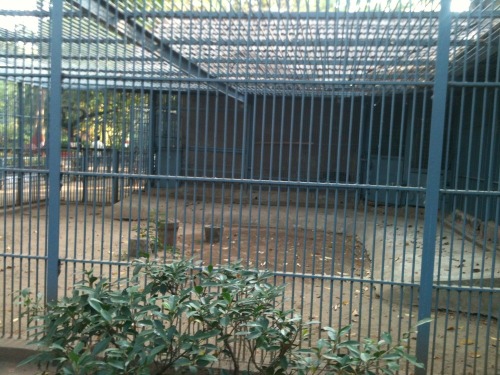 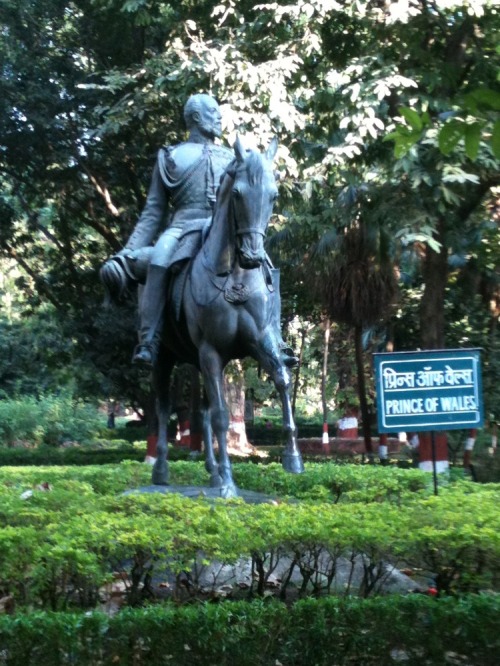 The black stone statue of King Edward VII was also made by David Sasoon when the King was visiting. This statue was shifted to this garden after the Indian Government’s ruling that none of the British leaders’ monuments were to be kept in the public.

The Central Zoo Authority has sanctioned the revamp of the zoo which was underway since the last few years. After the revamp, the zoo is planning to exhibit 18 Indian animals like hyenas, jackals, wolves, sloth bears, wild dogs, porcupines, mouse deer, sambars, common otters, Asiatic lions, Bengal tigers, leopards, jungle cats, and five exotic species like emu, hippopotamus, jaguar, zebra and Humboldt penguins. The renovated zoo will be open to public in March 2015, if at all the works start like planned in September 2013. Information courtesy: Hindustan Times

This is the approved plan for revamping the zoo, that is put up at the entrance of the zoo. But I have my fingers crossed!